The actor reflects on the questions about box office success movie Us, directed by Jordan Peele.

What do you think the movie US means for people?

Our film represents a lot of things. To be honest, I was at the conversation after people could see this movie – they digested it, then they went home and essentially questioned themselves about what it meant for them. I wanted to be a part of that larger conversation about culture, about individuality, about where we stand as a country globally.

So what does it mean for you?

Oh, God! (laughs) So much!  For me it was a lot about the cultural privilege that we live in, that we participate in both intentionally and unintentionally. It makes us question who are the monsters in this film. I love that this film challenges definitions that we think that we have, who are the heroes, who are the villains and what does violence really looks like. How do you find violence? That’s what Jordan Peele has done with lot of his films. What really attracted to me to his film Get out!, was how he actually made a commentary on redefining gentrification. Oh, man, that is really intensive, it’s really uncomfortable. When it happens in your neighborhood and culture is being erased, history is being erased, population is being removed and you like, oh well, at least its safer… (laugh) But you don’t actually think of it as active violence. Right? It’s actually pretty scary.

What is your personal opinion of violence after all this?

Our movie is about the culture of privilege. Then I wonder how violent are the structures of privilege that we participated in. You might say, we are not killing anyone, I just try to surf on Instagram. But you don’t think about the people who loose arms and legs trying to get the materials in Africa to build your phone… How you participating in global conflict by buying the goods that you buy. So the blood is on your hands, literally. You participated in sin. It doesn’t matter where you live in the society.

This film is about a rich family attacked by a poor family. It’s sounds a bit like the story of Black Panther…

(Laugh) I think where the similarities lay is with both directors and I think is also psychological. A conversation that a lot of directors are having right now is that of psychology.  Especially when you have leads that they looked the way they do, this is black psychology, which is really important in this film. Because what we are doing is not saying that anyone is good just because they’re good or they are bad, or just because we see them doing bad. They are products of the  landscape. They are products of their environment. Any of us could be a product of our environment.  We are products of having a comfort and privilege. We are products of having a lack of ability to express ourselves and lack of recognition. So many things that makes us who we are.

This is the second time you worked with Lupita Nyong’o (First time was the Black Panther). What was your experience in partnering with her?

With Lupita, we studied together in the Yale School of Drama. We didn’t performed together at Yale, the Black Panther was the first time we actually performed with each other. But we’ve been sitting in each others different class projects and I’ve seen her do Shakespeare. Where we’re from it’s a space of like artistry and really throwing yourself into uncomfortable things and coming out stronger. So it didn’t feel different, it felt like school, and it felt like work, like we know this kind of work. It’s just an amazing opportunity to support a person that I have a long history with. A person who I believe in. I believe in her talent. To go to work every day and I’m asking how do I make this place the best place for her to do the best work. How do I help amplify her performance, with a strong nuance, and detailed performance of my own. So it was a beautiful experience.

I think the world’s gotten smaller and no one can return from that.  Our films are reflecting a global populous. People, we’re all connected now via Internet. So there is nowhere to hide, and now we can all hold each other uncountable.  Now we are technically our own magazines. Instagram and Twitter. And you get to show your best side. And you get to write your own story, like ’today I am so amazing, because…’ (Laugh)

If it would be a weird, bad day, and everything, the entire world would go upside down, and you should post something about your dark side…. what would it be?

Oh, my goodness! In context of this film, especially how I imagine my characters. Gabe is defined by his privilege and Abraham is defined by the lack there of. So to think of my doppelganger as a person who doesn’t have all of things that makes Winston Winston. Winston’s voice, Winston’s mind, Winston’s ability to effect change, his agency… I don’t know how it would look like. Because I fought really hard in my life to make sure that it happened. So I don’t know actually how that man looks like, but it feels very uncomfortably to think about.

Do you think the authors sort of represent  immigrants with this movie?

I think, our film represents a lot of things in our society.

I mean a lot of people come into this country and they try to be ’Americans’, but they are not…

Well, I think that’s the thing, how are we perceived and find out what America is. America is a mixture. It’s a mixture of many different things, a many different cultures, so its not defined by one thing. Like America is Caribbean, Mexican, it’s Italian, it’s Irish, it’s Hungarian, it’s people from all over the world, Japan, China, people from everywhere. That’s what makes it so strong, because it’s a place of conversation. It’s a democracy. There is no one thing… it’s ’we are two’. I feel like that’s what really strong about that this statement, that we are as well. And it begs us to think about our legacy. What is the legacy of our actions? What is the legacy of what we are representing in the world. What is the legacy of the people we render invisible? We’re all connected to it even if we do it on purpose or unintentionally. There is you, what if? What if all those things showed up at your door…? And say, here I am. ’Who are you?’ ’I am Winston…’ (Laugh) So it’s you! And you are ready to face to your own reflection but an objective reflection of your own global footprint on this planet. Are you ready…? 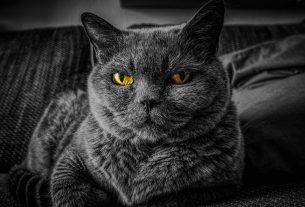 New study shows that cats may reflect their owner’s personality 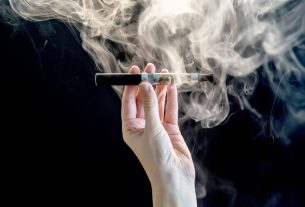 US vaping illness deaths rise to 18 with 1,000 cases reported 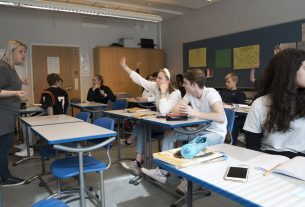 Finland is winning the war on fake news