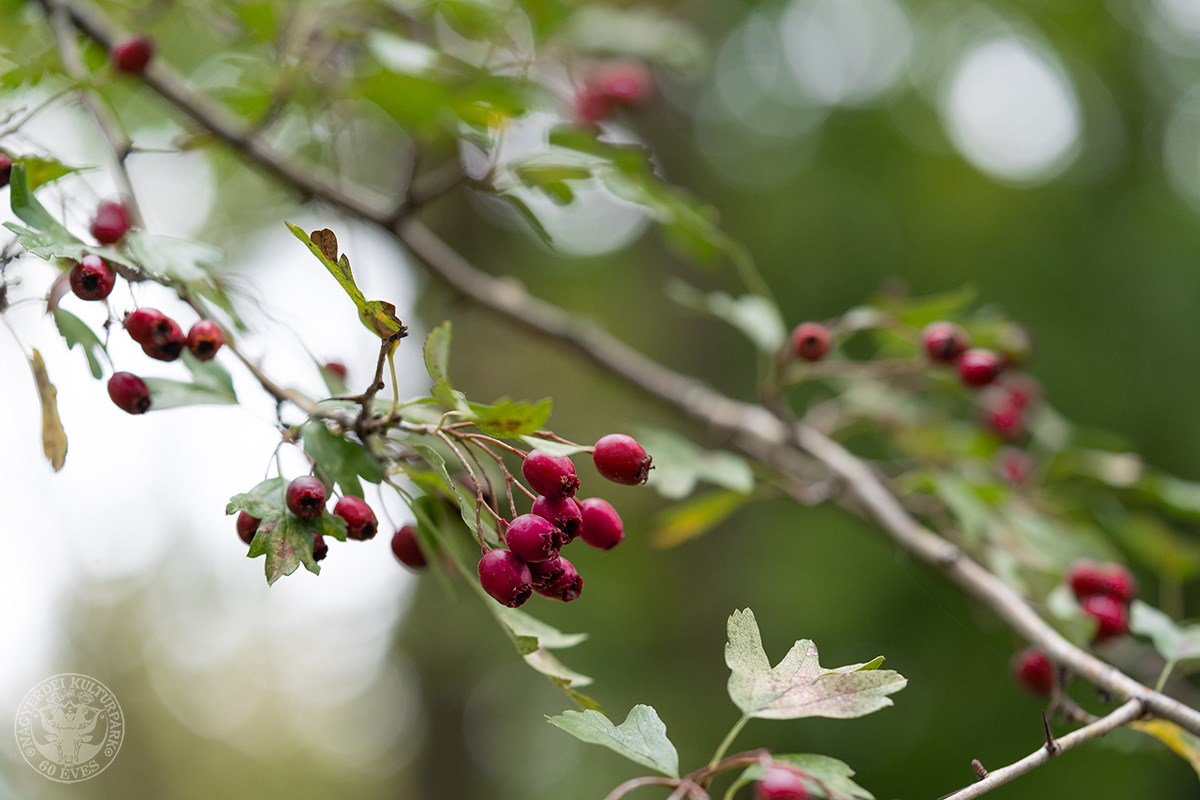 A popular folk remedy for cardiovascular diseases, hawthorn (Crataegus) was rightly elected Medicinal Herb of the Year in 2015 by the Medicinal Herb Department of the Hungarian Society of Pharmacology since a lot of its effects are now confirmed by clinical studies. First used for treating heart conditions by an Irish doctor named Michael Greene in the 19th century, hawthorn is most often consumed as a tea although, long ago, the fruits served an important substitute for flour in hard times.
Native to pastures and forest edges in temperate climates, hawthorn is also found in Hungary, with medicinal uses for the flowering tips of shoots and fruits.
Come check out our glowing red midland hawthorn (Crataegus laevigata) by the Amur Tiger Enclosure.
Debrecen Zoo and Amusement Park